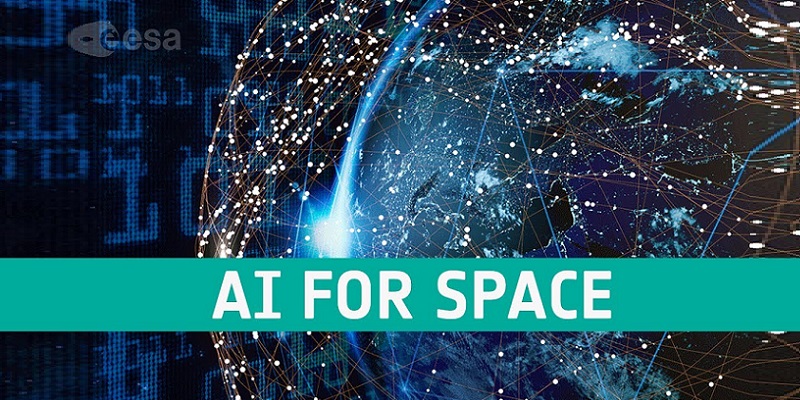 Artificial Intelligence is revolutionizing the space industry, making previously arduous and even impossible tasks instantaneous and highly efficient.  Space Exploration is the next big thing that can decide the future of humanity. A brand new undeclared competition to reach first at Moon, Mars, and beyond is already started between top space endeavoring nations like the USA, Russia, China, Japan, and India. Their space agencies such as NASA, Roscosmos of Russia, China National Space Administration, Japan Aerospace Exploration Agency (JAXA), and Indian Space Research Organization (ISRO) are spending billions of dollars every year to set up the next milestone in the solar system and beyond.

Unlike the old days, things are changing so fast due to the public and private partnerships and private company's interest in space innovation and exploration Some these companies are SpaceX by Elon Musk, Blue Origin by Jeff Bezos, and Virgin Galactic spending heavily on space flights, space vehicles and innovation for the space station and colonies on other planets like Moon and Mars. We all know, these companies are backed by the top fortune company founders. 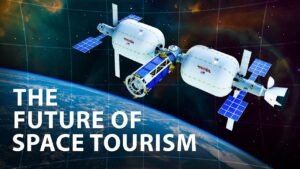 These space projects won't have any financial problems to achieve their goals. Space tourism is predicted to be huge for the space industry. The futurists are expecting it to grow as a trillion-dollar industry. SpaceX president predicted to settle human colonies on other planets in the next 10 years. Other companies trying their lucks in space innovation are Orion Span, Boeing, Orbital Sciences, Sierra Nevada Corporation, Xcor Aerospace, Made In Space, Ad Astra Rocket Company, Planetary Resources, Airbus Defence & Space, Motiv Space Systems, and OSAM.

There are so many developments going on in the space industry and one disruptive technology is the key that connects all developmental stages and every single component within it is Artificial Intelligence. NASA's "Perseverance" and China's Tianwen -1 Rover missions are already scheduled for 2021. Lunar retrieval mission Chang'e 5 was another successful space projects. UK Space Agency has planned Lubanr robotic Spider rover in 2021. NASA's Intuitive Machines 1 or IM-1 will be launched in 2024 with a woman and a man on the moon.

The expensive missions to explore the deep space required highly sophisticated space flight vehicles, Rovers, robotic arms, cameras, torque sensors, etc. that need some kind of intelligence to observe the possibilities before placing human. AI for space exploration is the technology that will take on a charge.

Every day satellites are capturing millions of images, generating valuable data around the world for weather and climate studies, urban planning, and many other uses. Before AI humans were responsible for scanning this data, image by image, taking countless hours. Now though, AI systems are capable of analyzing them right as they are produced, and 24 seven, revealing any unexpected patterns, right as they show up. 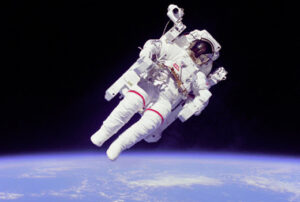 Before AI, people had to actively manage satellites to prevent collisions. Now, though, ai algorithms can track satellites and automatically make course corrections to avoid collisions. AI has changed space, and is continuing to NASA's Frontier Development Lab, researchers are creating neural networks, algorithms that simulate the human brain, allowing programs to learn over time and solve highly complex problems. These AI networks can analyze scientific and machine data and could be implemented into robots.

In a project, NASA collaborated with Google for the development of an AI algorithm to sift through data from the Kepler mission. The program quickly found two new exoplanets that human researchers have missed the same year, NASA completed a program that creates 3d models for asteroids, accurately measuring their shapes, sizes, and spin rates. This information is critical to NASA's effort to identify and deflect potentially hazardous asteroids. The algorithm can render an asteroid and as little as four days work that would usually take an astronomer several months. Not only will AI enhance computing, but it will also improve robots.

The German aerospace center, along with Airbus and IBM, has developed Simon, an AI-based assistant for astronauts that has been sent to the ISS. It can fly around answer astronauts questions, Simon, tell me something about space. Twice during mercury and the most recent version, Simon two can now assess and react to astronaut's emotions. Other AI robots have been sent to the ISS, including Japan's Interpol and Krobo robots, and the Robonot.

As technology advances, we could see highly advanced AI assistance similar to C Threepio, or R2D2 from Star Wars, supporting astronauts, both physically and mentally. Eventually, artificial intelligence enhanced robots may replace astronauts to keep humans alive in space, there are lots of complex life support systems required. In addition, long periods in space have unavoidable physical and mental repercussions that pose a massive problem. To solve this for future long-distance space missions.

We will probably want to use AI-enhanced robotic astronauts saving vast amounts of money solving many issues and eliminating the risk for human death during an accident. In addition, for long-distance missions, there would be too much delay between Earth and a spacecraft. Artificial Intelligence would solve this problem. If we eventually terraform planets, AI will be crucial AI drones are already helping to terraform Earth by scouting optimal locations for trees and then dropping seeds on them. Right now, ai in space is more relevant than ever. The Mars 2020 rover will use AI to seek out rock targets, measure their chemical makeup and move around obstacles. At last, the James Webb telescope is using an AI system to oversee the deployment of its 705-kilogram mirror.

Space scientists are trying to figure out if artificial intelligence can be used to identify or find asteroids and the life on nearby planets. A team, that included the students from France, South Africa, and the United States with the mentors from Academia and also the technology company Nvidia have developed an algorithm that could render an asteroid in an amazingly short time as little as four days.

Today, the technique used by the astronomers at the Arecibo Observatory in Puerto Rico to do nearly real-time shape modeling of an asteroid along with exoplanetary atmosphere analysis are a couple of FPL examples that show the promise in applying sophisticated algorithms to the volume of data collected by NASA’s more than 100 missions.

NASA’s Hylia Physicist notes the space agency gathers about two gigabytes of data every 15 seconds from its fleet of spacecraft. Unfortunately, we are able to analyze only a fraction of this data. This is because we have a limited number of people, time, and resources to analyze it. That is the actual reason to use these AI space tools more.

On the mission, there was a spacecraft that studied the Sun’s influence on Earth and near-earth space. In 2014, just after four years of the mission launched, there was a sensor that actually stopped returning data related to extreme ultraviolet radiation levels, a piece of information that actually correlated with the ballooning of the Earth’s outer atmosphere. This affects the longevity of satellites including the International Space Station.

Computer science doctoral students from Stanford University and the University of Amsterdam among other mentors from organizations such as IBM, Lockheed Martin, and SETI developed a technique that could fill the missing data from broken sensors. The computer programs could do this by analyzing the data storage instruments along with old data collected by the broken sensors during the four years of working period.

To infer that the EUV radiation levels that sensors would have detected based on what the other STO instruments were observing at any given time. The generated a virtual sensor using AI. A recent development when a 29 years old computer scientist got worldwide fame for helping developed an algorithm that generated the first-ever image of Black Hole. 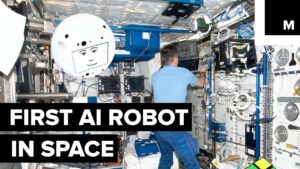 In the near future, we are also going to see AI Robots for space explorations. Humans are not meant to spend lots of time in space due to no gravity and atmosphere. A duplicate environment affects physical health. It makes the mission more risky and expensive. If we could replace the few tasks of humans with intelligent robots and control from the Earth. We can gather and analyze data right from the space center on Earth with the help of AI. Mars Rovers is a recent successful example. Rover worked relentlessly with dedication and provided very important data from Mars.

These were few examples and this is how we are shaping our space exploration space science using artificial intelligence. What could not be possible in the past, now very much possible in our reach. AI can help us to process and analyze the data collected in many years through all space missions.